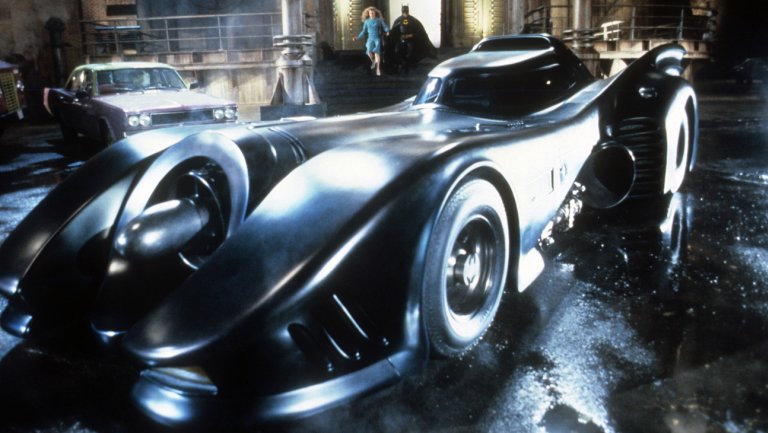 A mechanic warns the justices about the danger of letting a legal decision in favor of Warner Bros. stand.
Will the nation’s highest court use the car that Batman drives as a vehicle to explore the scope of copyright?

Mark Towle, the Temecula, California mechanic who made Batmobiles until being enjoined, has petitioned the Supreme Court to review his dispute with Warner Bros.-owned DC Comics. He argues that the Batmobile doesn’t deserve copyright protection, but last September, the 9th Circuit Court of Appeals held otherwise.

In a petition for a writ of certiorari filed Friday, Towle asks the justices to consider three questions:

1. Whether a court may judicially create a subject of copyright that was specifically and expressly excluded by Congress as such when Congress enacted The Copyright Act, thus circumventing the clear mandate of Congress and the U.S. Copyright Office;

2. Whether an automobile that does not display any personality traits or any consistent and widely-identifiable physical attributes can be separately protected by copyright as a “character”; and

3. Whether a determination of substantial similarity of protected expression must be made in a copyright case, independent of proof of copying.

Towle has thus far found himself on the losing end of an argument that the replicas of the Batmobiles he’s been selling — copied from the 1960s TV show and 1989 film —are really just a functioning automobile. In her opinion, 9th Circuit judge Sandra Ikuta agreed with DC that the Batmobile is not just a “useful article” — excluded from copyright protection — but that it’s also a “character” with “physical as well as conceptual qualities,” and “sufficiently delineated” to be recognizable whenever and wherever it appears.

The mechanic is now telling the Supreme Court that the U.S. Copyright Office has unequivocally indicated that automobiles are not copyrightable and that the 9th Circuit (starting with a decision concerning the automobile known as “Eleanor” from the film Gone in 60 Seconds) has arbitrarily created an exception. If that argument doesn’t work, he wants the justices to consider that there’s been over 100 Batmobiles over the years, “with very different characteristics, widely-identifiable traits, as is required in order to achieve the status of a character.”

Finally, Towle believes that in addressing his replicas, the courts took shortcuts by skipping past an analysis over specific automobile parts — arguably the “expression” — to figure out what exactly has been copied. There’s the chance, he thinks, that when you break down the analysis this way, a court would discover much of the Batmobile to be either undeserving of protection or not owned by DC. What’s left, he asserts, should form the basis of a review of substantial similarity. In other words, a court might hold that a jet-engine afterburner to be utilitarian, and be left with something like a bat-themed fender to figure out whether there’s been impermissible copying.

Ikuta didn’t set up such a test. She wrote, “No matter its specific physical appearance, the Batmobile is a ‘crime-fighting’ car with sleek and powerful characteristics that allow Batman to maneuver quickly while he fights villains.”

Let’s be clear: The chances the Supreme Court picks up this case are probably more slim than Christian Bale reprising his role as Batman. The high court only grants a few of the thousands of cert petitions it receives each year, and there’s not much of a circuit split on this issue. Towle tries to manufacture one by arguing that “the law in every circuit except for the Ninth Circuit is that the design of an automobile, like the design of any other utilitarian object, is not eligible for copyright protection,” but it would be a lot stronger if he could explicitly point to a case elsewhere in the country where a judge ruled out copyrighting an automobile character.

The case also appears to have been assigned to Justice Anthony Kennedy, who isn’t particularly known for intellectual property even if he once consulted with IP attorneys to see whether the separation of powers could be patented.

On the other hand, there’s an entertainment factor (see the full petition full of Batmobile pictures) and the Batmobile case could draw some friend-of-the-court briefs from law professors and others.

Towle, represented by attorneys Edwin McPherson and Larry Zerner, attempts to hype the stakes by implying that copyrights could become the weapon to counter patented works falling into the public domain.

“Under the holding of this case, if Ford Motor Company wants to protect the design of its new line of pick-up trucks, all that it would have to do is to create a comic book in which the trucks are ‘characters,’” states the brief. “At that point, if another auto company sold a truck that looked similar to the Ford truck, Ford could sue the competitor for copyright infringement. By simply drawing one of its trucks in a comic book and calling it a character, Ford would thus obtain 95 years of protection for its car design, instead of the 14-year protection that Congress intended it to receive pursuant to a design patent.”

Read the Petition For A Writ of Certiorari here.